Alongside getting married, getting on the property ladder are one of those life milestones. You truly have arrived in the world as an adult if you have a mortgage to pay and henceforth a little piece of land to call your own. Before I go into the main feature, let me start with a brief history of my home/work locations over the past ten years.

Coincidentally you can plot my path along the First Great Western (now Great Western Railway) map. So after an initial period working in the City (near Blackfriars tube station) for five months, my first permanent role was based in the village of Cookham Dean, a few miles outside Maidenhead, in the Royal County of Berkshire. I worked on the help desk for a small pharmaceutical software company. Four years later in 2008, I left to join a large pharmaceutical based in Newbury. The opportunity of a new role also meant I had the chance to leave home and establish myself in a rented flat near the town centre, overlooking Victoria Park. The offices, which were a mere two minute walk from my flat, were based in Strawberry Hill. (Hold that thought!)

Just over a year later I was heading home once again and seeking fresh employment opportunities elsewhere. After searching for three months, I landed a job at the largest microprocessor manufacturer on the planet, the only issue, they were based some 62 miles from High Wycombe in Swindon. Nevertheless, I decided to commute the weekly 500 miles, with Fridays designated as my work from home (WFH) day.

In April 2011 I moved out for what would be the last time from my parents home to Slough. Here I would live alone until married some three months later. Conveniently, this was also the time somebody responded to my advert on LiftShare so I was able to car share with a fellow Slough resident and Swindon based worker. Although he worked at a manufacturer plant, based the next junction (16) along on the M4. Coincidentally our working hours matched, so I was able to save a bucket load of cash on commuting until once again opportunities were limited, so it was time to move on. In late July 2011, a month before my wedding, I handed in my notice and planned to leave Intel days before my wedding and start work at Microsoft after my honeymoon.

The commuting circle was complete as I returned to travelling into the office by train from Slough to Reading. From the station I took the free shuttle bus which took me right to the Microsoft Campus on Thames Valley Park (which can be found at the end of the A329 (M)). Colleagues wondered why I did not drive, as this would take me around 30 minutes on the motorway, when instead I decided to take the hour long journey, perhaps a little longer when you consider my fifteen minute walk to the station from our flat. What can I say, it was a mixture of wanting to save fuel, after burning through almost 600 miles a week in my previous role and do my bit for the environment. I am most happiest when I am saving money.

Of the many friends I made at MS, Jawad was a fellow Slough resident. We discussed at length of the dream to work for a company in our home location. Perhaps one of the many household names based on the Bath Road trading estate. The largest estate in single ownership in Europe. The reality though, felt a great deal away.

The recruitment team at CA had contacted me initially in December 2012, but for various reasons, my application went no further. I was keen to stress I was not looking to take a temporary role covering maternity leave. I was only focused on permanent contracts. Fast forward four months, I had taken the day off for an interview in Marlow but in the afternoon, out of the blue got an call back from CA regarding an new permanent opportunity. It took a little while to schedule the interview. Mid June I received the amazing news that I had been offered a position and was sent my offer letter as a PDF attachment on e-mail. I drafted my resignation letter over the weekend and resigned with a leave date of Friday 19th July, started three days later at the company formerly know as Computer Associates.

If you drive on the M4, you will know the office building, even if you probably are unaware that it is home to a global software house and the biggest games company on the planet. The large glass building as you approach junction five, just before the M25, it is very difficult to miss as the building sits so close to the motorway. Riding Court Road runs parallel to the eastbound carriageway.

On Monday 21st December, I took the drive from the office to our new home taking the cross country route. Although in my mind, I knew where I was heading, this was the first time I was taking these roads. Via Datchet, I headed towards Old Windsor and then towards Ascot. Before hitting the town with the famous racecourse, I headed through the sleepy village of Winkfield Row. In the darkness, down tight country lanes, I was directed to take a sharp left up a road, called Strawberry Hill to find myself in Warfield, at Tesco North Bracknell roundabout before driving down to Temple Park. So the circle is complete. In December 2008 I was working at Bayer Healthcare, on Strawberry Hill. Eight years later I would drive along Strawberry Hill uphill most evenings I come home from work. When driving to work, you do not go down Strawberry Hill, you take the Forest Road as it is a easier junction to navigate, even at 6:30am.

Having my own space has always been important to me. What can I say, as a youngster I just did not share well. As an adult having just a small house, where I am the king, is priceless. Yes it has been a struggle and many sacrifices had to be made. Was it worth it in the end? Of course, an investment not just for our future, but for future generations of the Tegala clan. 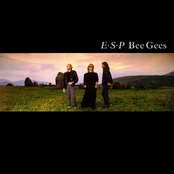 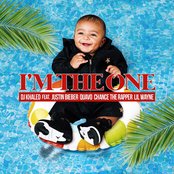 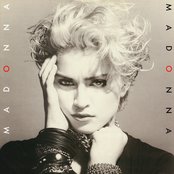 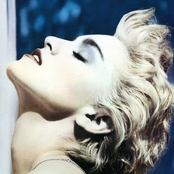