Skip to content
I watched the action comedy, I-Spy on Sky Movies last night. Not a movie I would have gone to the cinema to see, but enjoyable way to waste away a few hours on a Saturday night. It is amazing how Eddie Murphy has not aged in his movies and appears as fresh as he did when playing Axel in Beverly Hills Cop. I think he is still very funny, even if some say his act is very much old hat. I also really admire Owen Wilson, as an actor able to play both serious and comic roles. I have to admit, that I prefer his brother, Luke. Particularly in such movies as Charlie’s Angels and Blue Streak. Excellent stuff. I still have not been to the cinema this year, apart from seeing the final Lord Of The Rings movie, towards the end of January. Will try and make time for such things later this summer. 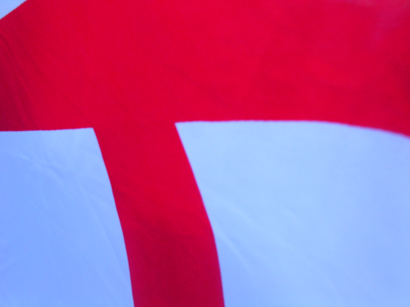 England play France later this evening. (As if you didn’t know already?!) Looking forward to the spectacle, particularly how the English defence deal with the master, Henry. Like many other people, I am proud to have the flag of Saint George, flying high above my car. Does it sum up how I feel, on a day like today? No, only Shakespeare can do that my friends. Whose limbs were made in England, show us here
The mettle of your pasture; let us swear
That you are worth your breeding; which I doubt not;
For there is none of you so mean and base,
That hath not noble lustre in your eyes.
I see you stand like greyhounds in the slips,
Straining upon the start. The game’s afoot:
Follow your spirit, and upon this charge
Cry ‘God for Harry, England, and Saint George!