It is a proud moment, when any individual decides to start a blog. Particularly when initially they were uncomfortable with the idea of sharing their views, even perhaps life story (or should that be history) on the web. Even seasoned veterans such as Sippy had reservations during his break over the past two years. I only visit a handful of forums, but one of my regular haunts is MJNI.com which is the message board for the fans of the King of Pop. A thread of the subject of blogging, caught my attention, and I just had to add my 25 pence worth. Most people, where using this as an opportunity to share their blog with the rest of the members, so I also added my own two URLs. A user, posted the fact that she did not feel comfortable with an electronic version and would be sticking to the good old fashioned pen and paper. Fast forward to this afternoon, when I am surfing around the forum, I checked a recent post by Anne on another thread, her signature I remembered by a new Blogger hosted URL was listed. I quickly opened the site, in a new tab on FireFox. Only started a few weeks ago, I was surprised at the honesty and reality of her writing. I left a quick comment on the first post, and then decided to make contact via some Private Messages on the board. Luckily Musey (her username) was online and responded to my messages. I explained to Anne, as I will do now, that to be added to my blog roll is an honour in itself. Although under usual circumstances, it takes a few weeks or even a month of steady monitoring before a blog is included on the list. There are few exceptions. On this case I am willing to make a special addition, based on my opinion that All About Anne will grow and blossom into an interest blog, worthy of a daily read. The fact that she is also using this as an avenue to show her support for Michael at his time of need. Admirable, highly admirable. The story does not end there, there is another link. The signature on a thread, for those not in the know, is the final sign off for all your posts. This can be an animated gif, or a banner to your web site, or just a few words. In the case of Anne, she uses the lyrics from an amazing, moving song. Questioning her about the song, I discovered she had only heard it recently on the trail on the Disney Channel for the premiere for Finding Nemo. Which I would like to add that I still have not seen the animated feature, in full yet. The 1980s, Wings like ballad, was mentioned by myself on Boxing Day, 2003. At least one of us, is keeping the Dream alive? I should really start working harder on that! Although I strongly believe, I do not need an official response in the form of a whole post dedicated to me.

Funny how different you can feel in the morning after, the night before. Particularly, when you discover the power of a single e-mail and a quick conversation on MSN. Hope hasn’t quite turned into joy. Rather, stormy waters have been calmed with some soothing words and clearer understanding. Waiting no more, I am getting on with my life. That is not to say that the door has closed on anybody, it never does and never will. Some may judge me on my stance, for my drippy approach to these matters. If following your heart is such a crime, please be my judge, jury and executioner. 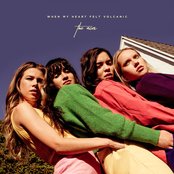 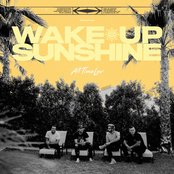 Sleeping In
All Time Low
9 mins