Skip to content
I will be back in Wycombe on Sunday and I must say I am looking forward to going home. Of all the journeys I have made home from University, this will be the sweetest and the most comforting. I have nothing to gain by staying in Leicester. Of course some of my friends remain, but the costs just do not justify the means. Also, my job hunting would be slow, if I decided to send out my applications from here. Without my own transport, making interviews would mean taking the risk with public transport. There are certain football matches, that I am sure even the most marginal of sports fan watch. The FA Cup Final, the UEFA Cup Final, the big European and World Cup Finals and of course the Champions League Final. It should be one of the most interesting finals in recent memory, as nobody expected FC Porto and Monaco to make it this far. I am looking forward to the match this evening, even if it is being shown on ITV. I am so glad that Match Of The Day is back on the BBC for the up coming Premiership season. But before any of that, there is the European Championships in Portugal. I always watch the BBC coverage, they appear to have a much more relaxed attitude to the whole affair, while those ‘on the other side’ tend to take the professional approach. Football is not about suits, but that is something they will never learn over on ITV. Have you seen the television slots on the BBC for Euro 2004? They feature footage of the greatest players of Europe, but as painters, with the voice over proclaiming, “the masters of European football, presented by the past masters…”. Interesting stuff, but a shame the web team have not got their act together. The Euro 2004 website for the BBC is just a fixture list. Very poor indeed. ITV however have gone for the approach to create, ‘The Avengers’, with Owen the saint and Beckham the sinner. Showing their personal contributions to Argentina game in the World Cup, some six years ago. 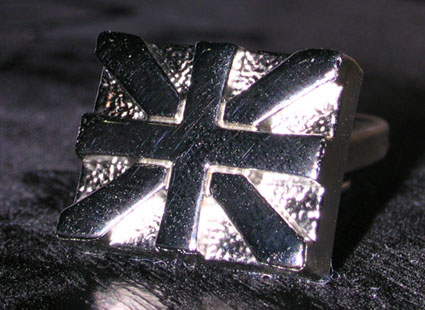 Still waiting to hear the ‘tune’ of the summer. I wonder who will set our stereo’s alight this summer? Will it be a tried and tested artist? Or will it be someone new? Well whoever it is, please release the single soon. The public are waiting. With the summer around the corner, I know I need to burn some audio for my car. Actually I need to completely reorganize my entire mobile audio collection. My 10 disc CD changer, needs to be updated and I need to re-issue some of my MP3 CD disc, (namely R’n’B). Having alienated a vast amount of my readers, earlier this month, by declaring that my dislike for Friends. Well perhaps distaste is the wrong word to use. Misunderstanding perhaps is more fitting. Anyway, you will think I would learn my lesson, but no, here I go again, taking the unpopular route. I am not a fan of the Channel 4 reality series, Big Brother. I try my best to avoid the show, but it is extremely difficult. Particularly when my sisters find it compulsive viewing. Due to this, by week eight, I get dragged into the program and find myself away on a idle Sunday morning at 2am, watching the attics of the housemates. I think the show is some sort of cancer. You try your best to immunize yourself but over the course of time, you find else more and more exposed. Particularly when you can’t go anywhere or do anything without the presence of BB. Newspapers, websites, even the news becomes dominated by the show. Will the show ever end? The novelty wore off after the first show, but someone somewhere continues to push this sort of programming. Why? Because some sad pathetic people will always watch the stuff? And the housemates have dillusions of being over night celebrities based on their anitcs in the house. Everyone remembers, Tickle and his droned version of the Eagles classic, “Hotel California” sung to the flowerbed. Where is he now, I ask? Anyone know? Well, point made, point proved.

Once In A Lifetime
All Time Low
9 hours

I Don't Know Why
NOTD
10 hours