I do sometimes wonder how clever a software a program can be. At times software can really turn into a nightmare and put you completely off. Not the case with WinAmp, well not on recent outings. I felt in the mood for blogging. Not just because I have loads of my mind and need to publish them on the web, but because since Monday my site has been down and so many people have wanted to know what is up with my site. It is a great feeling to know that so many people now include this site as a regular part of their web experience. Well, WinAmp was on and playing tracks from the noughties and as I opened up Dreamweaver to edit my blog, a rocky intro started and in reflection, the most perfect song for me right now.

I do not know how to some up recent events in my life. It is not as if many things have been happening, it just a case that I have been actually doing more walking than talking. Emotions are the driving force behind many of the things we do as human beings. The greater good does at times prevail and we find happiness in the what we have achieved. This entry relates close to the entry I made almost exactly a month ago on 11th February 2004. In a month, a vast amount of progress has been made, but I still don’t feel as if that vital breakthrough has been achieved. Perhaps I am being far too modest and not reviewing the situation correctly. I do not know, I am quite confused, but then perhaps the advice of others can do that to you. I suppose I have to decide what I want first and then make decisions. But I already decided what I wanted weeks ago and I sent that e-mail. It was hard, yes I admit and it was perhaps not the best strategy to use but I needed to be direct and it felt the most direct way, purely because the recipient would be reading it away from the hustle and bustle of the outside world. Oh why can’t these things be less complicated. Why can’t things just work out for me for a change. We shall see. Time will indeed tell.

Happiness, I was thinking about the last time I felt perfectly happy. I know it was a feeling back during my placement year. There was a point when everything fell into place and I felt ‘blessed’. I felt that little bit closer. Slightly more closer to the answer to the question of our being on this mortal coil. It was a great feeling. It was as if, “Andrew, you’ve arrived… well done!”. I have never felt anything like that before. Does that mean everything before that point was just a test or some sort of challenge placed before me? I never was a strong believer that things happen for a reason, and would prefer to be more in control of my own destiny. Rather than leave it in the hands of something called fate. However following my experiences during my placement and my exposure to the outside world, I began to learn that there is a stronger power in this universe and that indeed everything, not just something’s, happen for a reason. I felt much pain and heartache during my placement. Much of it, to this day remains for me and for me alone. Those tears I shed then, do at times come to revisit me. Not like a ghost wanting to have some revenge or cause further pain. More of a realisation that there will be happy times and bad times. Someone said to me once, “Andrew it’s easier to remember the bad times than it is to remember the happy times. It takes a lot more effort to remember the good”, I have grown to disagree. To remember the good times is quite easier? Why? Because as human beings we record them. Photographs, videos, e-mails, text message, phone calls. They all are there to remind of us, of a time when we smiled. Smiled purely for joy of smiling. I know those days are far from me now and I do not know how long before I feel the same again, or if I ever will. I know at this moment in time happiness feels so far away and at times I do lose hope. I remember during my placement, that was the one thing that kept me going through those dark days. Those dark days when I was really at the edge of my human emotions. I realised then how powerful a human emotion like hope can be. We all have it inside us. At times we forget it is there and try not to think there is ever a need for hope. Living on the certainty that what will be, will be. I used to live like that once. 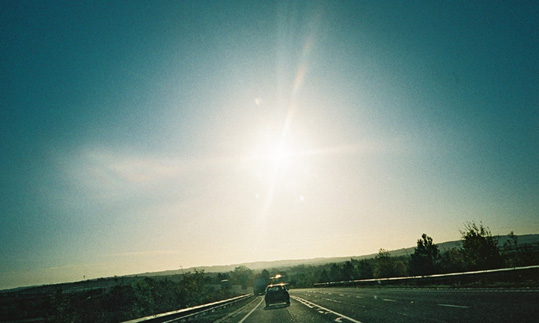 Never before has someone’s faith stood in the way. Never before has it used as some kind of barrier. Well it may have been used a barrier in the past for other people, for other situations. But never for me. Perhaps because what I want, is not what they want. Mismatched agenda’s are fully understandable. But then, I can not know the truth behind someone’s faith I only know what I am shown… and if I am shown the truth… I have to believe it… I’m A Fool! Am I really? It feels like it.

Sowing The Seeds Of Love
Tears for Fears
16 hours

Kiss from a Rose
Seal
1 day

Kiss from a Rose
Seal
1 day