Skip to content
We all hate losing. I have said that on numerous occasions (particularly last season). With Chelsea seemingly running away with the title, it makes for a very depressing weekend. Having been to see Arsenal play only a few weeks ago, I know that they have not been playing up to their high standards. Injuries aside, we expect much better from our team. We dominated possession against West Brom, but came up against a keep in great form and a team on the way back up. Arseblogger perhaps sums up the feeling from the terraces best. Thankfully, the next game is not to far away and gives the team an opportunity to prove themselves. Champions League Tuesday. We need to start scoring some goals and members of the squad need to start making a real name for themselves. Thankfully, you are only as good as your last 90 minutes, but the next 90 come around again, quite quickly. Went to see the first feature length adventure of Wallace and Gromit at the Odeon in Uxbridge, last night. Great quality family fun. Always been a fan of the crackpot inventor and his k9 sidekick. I really enjoyed Chicken Run, which was again very unique. This story is perhaps there most daring to date and the new characters add to the suspense of the tale. Particularly, PC Mackintosh voiced by a well known comedian from Bolton. Well worth going to see, particularly if you have young siblings. 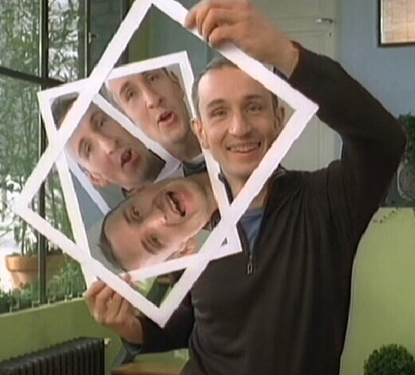 Have you seen the latest advert from HP for their standalone photo printer? It was shown at the cinema last night so I thought I would mention it here. You can’t have missed it, as it has been played on television quite regularly. As I don’t watch that much commercial driven television, I have seen it, so am quite confident that you have seen it too. For a gentle reminder, it can been seen over at Visit4Info. The music for the advert is ‘Out Of The Picture’ by The Robins, which I was finally able to obtain last night. The commercial, is very clever. Just a shame, that How Do They Do That? is no longer on the BBC to reveal how it is all done.

Damage Each Other
Steve Brian
17 hours

Damage Each Other
Steve Brian
2 days