Skip to content
Perhaps some ten years ago, I was a big fan of Stars In Their Eyes. Matthew Kelly presented the show, with the warmth and charisma, that he could be your very own uncle. Then, I looked forward to everyday people, from various walks of life, becoming a star, their idol for the day. About five years ago, a gentle appeared to single ‘Take On Me’ and while he was good, there were better performers on the night. He went through to the grand final, but did not claim the biggest prize. If my memory serves me correctly, it was the last final with Kelly at the helm. Two weekends ago, I watched Lee Otway (Bombhead from Hollyoaks, win with his rendition of Waiting Here For You, by the smooth lounge singer, Richard Marx. While is performance was a great surprise, for such a reserved and gentile character on screen. So, last night I had the show on, in the background of my computer, while I concentrated on something else. I did not see, the introduction to the act, but just the celebrity, go through the special doors to then reappear. On their emergence, from the cloudy mist, I instantly recognised who they were and hit record on my TV tuner software. This was a moment not to be missed.

While I stopped watching the Bill several years ago. The moment they killed off Sergeant Cryer in 2001. A hanging offence in my book. Since then, with the time changes, theme changes and changing sponsors, I gave up on the show and no longer watch. However, that does not mean I did not recognise, Neil Pearson played by Andrew Lancel. The question on my mind was, which a-ha song to before? Of course, they chose, their biggest UK hit (a number one in December 1985). The Sun Always Shines On TV is a great song, on so many levels. It is moving, reflective, uplifting, emotional and even hopeful. Lancel’s performance was admirable, and he was a deserving winner for the show. While discussing this with Nav, I tried to explain the video trilogy that went hand in hand with a-ha’s first three singles. He quickly dropped over to the MTV web site to watch the videos for himself. While perhaps, Take On Me should have been released as the final single of the three (it would have worked backwards, just think about it!) it does get more recognition that it truly needs. Perhaps this is the man upstairs clever way of reminding me, what I can look forward to in just under four months time. Perhaps some you out there, will realise how special twenty years ago, really was. Not just the music, the fashion, the technology. I am talking about something much much more important than that. The moment.

Only You (with Little Mix)
Cheat Codes
10 hours 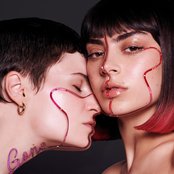 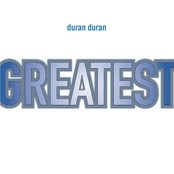