It is 13:30 as I begin writing this entry. The sun is shining through my window, on a pleasant autumn afternoon. On Friday evening, I was searching for topics to write about, but right now I am bursting with things to mention and to report. I got up just after 9am and started work almost straight away on some bits and pieces that I should have got done on Friday in the office. However, let me take you back to Friday evening first and roundup my weekend (so far) chronologically.

On Friday evening, I finally got around to watching Grosse Point Blank, a movie that had eluded me for several years. I think it was even on terrestrial television in the past few years but I only watched the opening few minutes. The main reason I wanted to watch the movie was that it features a-ha’s Take On Me. I wanted to watch the particular scene, even if the music was only featured as background music to the dialogue. I went over and updated the trivia on the section of the wikipedia dedicated to the classic 1980s single. It was while here I discovered a few more artists had covered the song, included hip hop group Little Brother. A little Googling and I discovered that although the song is not featured on their upcoming album, Get Back it has been recorded. It is not so much a cover but more a reworking with additional vocals and rapping. Sure it is hip-hop but very well produced. There is a respect shown for the original and I love the electronic beat in place of the keyboard instrumental. I suppose I should really talk about the movie but I wasn’t really paying much attention, particularly at the end. Sure the whole premise of a professional assassin heading back to after ten years to his high school reunion was very clever but it was just too far fetched for even me to follow. Perhaps my brain was just lacking concentration after a heavy week in the office.

Saturday, I was lazy, extremely lazy in fact. The most strenuous of my tasks was to vacuum my car, then jump onto the sofa and remain there for the rest of the day. I listened to FiveLive coverage of Arsenal against Bolton but was sent to my room when my parents got back from shopping, so continued to listen there. As soon as I put on my stereo, Toure scored a free kick. Result! I then lay in bed while listening to coverage of Villa versus Man U. It was around 7pm, I finally got up and went into the lounge to watch the final few performances from The X Factor. I am afraid, even I cannot escape from this reality television show as my sisters are big fans. I mention the show every year and the last major entry was back on 20th August last year. Although I did mention it on 26th August this year. I must mention Hope. Their cover of Umbrella was absolutely appalling but the judges loved it! The song was never designed to be performed as a ballad. While their performance vocally was very good, the song choice was pathetic. If anything the song was too big for them. I did not watch the results show as I was out collecting my sister, so am watching the re-run on ITV1, as I write this.

[Video removed, however another version remains but I am unable to embed!]

I got home and onto my computer just after 11pm, to watch Toure’s goal on Match Of The Day. I would have to watch the repeat this morning to be able to record the highlights in full. England had lost the World Cup final but it had hardly been a fantastic match to watch. I was disappointed that there were not any tries. Oh well, never mind, while defeat is never easy to take, there is some comfort in coming second best to the best team on the planet. After Saturday, I planned a productive Sunday, which so far has been so so. I have got a few things done but not nearly enough. Time to watch the Grand Prix!

I wonder how long it takes for TomTom / Google / A to Z to update their maps? The reason I ask is because the local council have built a new link road, replacing the original entrance into our estate. Chalfont Way is no more and has been replaced by the imaginitatively called Cressex Link. I will try and get out and take a photograph at some point. 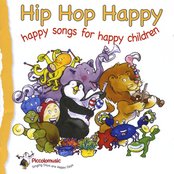 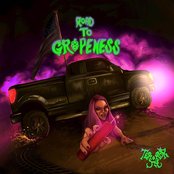