Is it Friday already? The week has flown by and I have been rather busy. This blog has become neglected (as my dearest friend, Sippy has noticed). Therefore, I am hoping that this weekend, I can spent some time to put that right. I have to admit that over the past few days I have not had the inspiration to blog, there is nothing worth writing about. The overall week has been depressing, with poor football results and calls for dismissals or resignations. Sometimes, you need some time to let your life unravel before you can get to grips with it and actually put things together.

Talking a passing interest in the minor teen soap, when it started ten years, yes, ten years ago, I have suddenly become a hardcore viewer. Hollyoaks, perhaps has lost some of the magic, of the original, but then things do tend to age (for better or worse). To be honest, I do not know where this addiction has come from. Even during my final year at University, I started slipping into the soap, to fill in some time, during the early evening lull from the computer. Over the past few months, I have been doing the ridiculous. Watching the standard airing on Channel 4, each weekday evening at 6.30pm, minutes before I get home from work. Then, over on E4, I have the opportunity take the First Look at the following days episode. While this alone would be sufficient, I take it to the next level by watching the same episode again on the terrestrial channel. This week, to celebrate the tenth anniversary of the show, there were four late night episodes this week. Theses allowed the producers and script writers loose on more risque material, more suited to the time of day. However, they were cleverly spliced, to slot in perfectly with the standard show screened earlier that evening. Although there are various topics (some illegal and some inappropriate) I want to focus on the character that stole the show. Ben Davies. Even saying his name, I hear myself, using the voice of Marcus Patrick in my head. Playing every bit the part of the paranoid boyfriend. He has been hysterical and has had me in stitches. I suppose us blokes are like that, once we get an idea in our head, no serious reasoning will let us see sense. 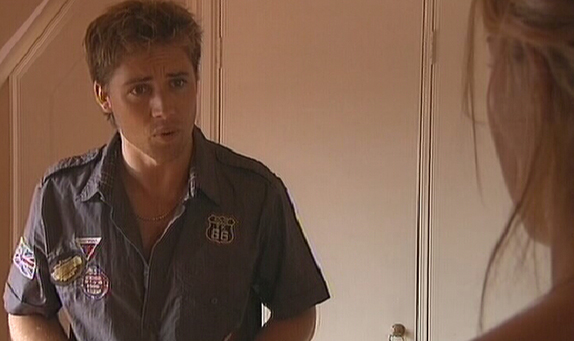 His on screen partner and him have been doing such a grand job (the most popular characters?) that they have their own spin off show, Let Loose that started on Monday. However, due to my commitments to my computer and lack of digital satellite reception in my room, I will not be able to catch this show. Would this be the ideal time to get a freeview set top box?

A quick question for you? What is the greatest football game of all time? I think there would be a clear line drawn between the FIFA fans and Pro Evo worshippers. I have played both (briefly) and have no doubt that the later beats the former, hands down. Yet, I still would say that both are not the greatest football game of all time. Long before second generation of consoles, there was Sensible World of Soccer. I was discussing this with a work colleague recently and began to reminisce about the days, when only one thing mattered. Game play was king. Fancy graphics, celebrity commentary did not matter. The aim of the day, was to get your team playing simple one touch football and scoring outrageous goals that defied the laws of physics. But then again, the graphics are as simple, as the era (less than ten years ago mind!) I downloaded a DOS version but as expected it did not work under Windows XP. (Even using a fix to emulate a 16-bit DOS sound card, those were the days!) Thankfully, I discovered the fan site, Sensible Soccer which included a Sega Mega Drive emulator and a copy of Sensible Soccer – International Edition. One word. Great. Warning, do not download this game, if you consider your time on the PC a privilege and not a right. I am off for another game! 🙂