Skip to content
My last award show experience was less than twelve months ago, on 15th November. Who would have thought I would be at another prestigious event, within the year. However on this occasion, my experience was out of this world. I had discussed it for a few months with my friend Rikki on MSN. However, now it was a reality. We had our tickets, everything was in place and we were on our way. I left home at 3pm, my Mum gave me a lift to the station. I caught the 15:42 train into London, made my way to Piccadilly Circus and waited at the Waterstones for Rikki to meet me. We then headed down the road to Green Park and caught the Jubilee Line to North Greenwich. This was my first time to the O2 Arena, I had never visited the place in it’s previous guise as the Millennium Dome. We walked around to the entrance and were greeted by heavy security. Our bags and coats had to go through the scanner and then we had to walk through the metal detectors. I passed through fine and we had arrived. I took a few photos, particularly of the extra large BMW grill which sits to the left of the main entrance. We then went through a second security check, our tickets were scanned and then we asked where to go next. Most other people were taking the escalators to their seats. We asked a member of staff and when we showed our silver wristbands, we were taken upstairs to the VIP lounge. This was an exclusive area behind the stage, with a few bar. We told that our wrist band would get us into the after party at Indigo. However, that is another story. I was planning on catching the train back but called my Dad to arrange for him to pick me up. We had a few drinks in the lounge before heading down to our tables. A lovely member of staff, took us to the entrance for the tables and we found our table (61). It was right towards the back but it did not matter. We could select our own seats and chose them at the back, with the best view of the stage. A manager on the floor said, “That is where you want to be sitting.” We were early and the amount of empty seats assured me that the show was already running late. It slowly began to fill up. We were joined by two competition winners, two guys from the music industry and a couple whom were friends with someone in the industry. To our left I saw Big Brother contestant, Charley take her seat on the table next to us. I would learn later she had to blag her way in as she had forgotten her pass. She was joined a bit later by the twins, Amanda and Sam. On the table to our right was X Factor winner, Leona Lewis. Soon later, the show began with some pre-show entertainment, introduced by former Mis-Teeq singer, Su-Elise. Sometime around 8pm, the show began with a medley performance from Shaggy. The awards came thick and fast and I was mainly looking forward to two performances. Kano and Craig David, T-Pain and Neyo. Amy Whine performed two songs, she was not brilliant but considering her lifestyle, it was not too bad. I am sure you will have read about the performance else where. Kano and Craig David were very good, I do really like the song, “This Is The Girl”. T-Pain really bought the house down with his hit, “Buy You A Drank” featuring Yung Juc (check out his bling!). Neyo closed the show with an impressive performance of Because of You. With the show closed, we milled around for a while and got some photographs with some celebrities. I got my photograph with Shobna Gulati, whom you may remember from BBC sit com, dinner ladies or more recently Coronation Street. Then came Brian Bovell, Leo Valentine from Hollyoaks. He was the perfect gentleman, introducing himself and making sure we had a good time. I also got a photo of his on screen off spring, Sonny and Sasha (who are apparently an item, according to Wikipedia!). Then, I took a few photos of organiser Lanya King before heading towards the exit. I recognised a young girl that passed me. I turned around and saw her older sibling. It was the Ama sisters. They were standing at the back and I grabbed the opportunity to take a photograph. I mentioned I was looking forward to the album and really liked both Falling and Not Enough. Sadie thanked me for her support. I was gutted she had not won Best UK Newcomer, but I suppose in terms of exposure, N-Dubz deserved to win. Particularly as their videos had played constantly on Channel U.

At this point we were being asked to leave, so we headed for the exit and bar. We found out that the after party at Indigo was beginning to queue, so we got a drink before going down there. Now it is confession time. I made a big cock up. I had already clipped the wristbands together to keep them in the envelope. I was stupid and careless. As we queued to get into Indigo, the bouncer said we had to have the wristbands on, so we moved to the left to put them on. While doing this another bouncer came along (from out of nowhere) and snatched the bands from us. We tried to explain we had not used them, but he was not having of it. The barrier was opened and we told to leave. I was gutted. I was annoyed with myself more than you can believe. Rikki went back to try and convince the bouncer again but it was no good. I called my Dad, he was already on his way and would be be outside within a few moments. I took one last photo of the evening, a picture of the arena in the darkness. I got into the car, despondent and headed home. I got home around twenty past midnight, I jumped on the computer to check the awards show which I had recorded earlier and set a timer to shut down my PC straight afterwards. Terry came online at 0:39 to give me some news, “Bye bye Mourinho!”. I hadn’t caught any of the news, but the Chelsea man had gone! 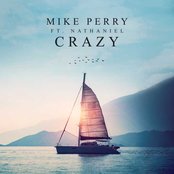 To Break Through
Roscoe Williamson
36 mins

To Break Through
Roscoe Williamson
1 hour

To Break Through
Roscoe Williamson
1 hour