Skip to content
There is the almost indescribable satisfaction of proving people wrong. In my own case, I believe people tend to have built up a perception of me which is far removed from reality. A prime example – my taste in music. People are shocked to discover that I actually like Punk Rock. Then again, I doubt that many people share their listening habits so publically. Most lunchtimes, if weather permits, I go for a walk around Ditton Manor. A brisk walk to the 17th-century grade II listed home (to land-owning aristocracy) does not take long, so I add a lap around the wider grounds to ensure the distance covered hits at least a solitary mile. For the majority of time, I am alone, tending to either listen to podcasts or music via Spotify. However one afternoon late last year, I was joined by colleagues Joseph and Nathan. The discussion meandered over to music and the band Fickle Friends. I replied that I was a fan of their new music. Joseph was surprised, and to some extent so was Nathan. The Brighton based indie-pop alternative band had actually first come to my attention almost two years ago. I saw the official video for Swim land on the Vevo YouTube channel on April 2016. I then looked out for the band on Spotify when I joined the service as a fully paid-up member. Why did the band appeal to me? The music, well the 1980s synth sound but more importantly the lyrics. I could relate to at times feeling uncomfortable in my own skin and not fitting in. Going forward there I was each Friday morning looking out for a new single release, I liked them even more with each new track released. The band was planning a pre-album release tour for spring 2018 and I duly booked tickets during the Christmas break. Roping in colleague Nathan to come along for the ride.

We decided to opt for the Southend-upon-Sea gig, as this was taking place on a weekend, giving us the Sunday to recover and travel back home. The closest venue on the tour was Oxford but that gig was on a Monday night and a school night was out of the question. We did not have the option of taking the Tuesday off. As we drove down from Bracknell via Woking we landed by the Essex seaside around 3pm and I thought I would update Twitter and check the latest on the band. It was at that point we discovered that due to ill health the gig had been postponed. So our evening plans changed but we made the most of being out for the weekend. (Correction – I did, I am sure young Nathan is out most weekends being almost ten years my junior!)

The gig was rescheduled for Sunday 25th March and initially, I considered just getting a refund but then thought when will I again have this opportunity to see the band perform live in such intimate surroundings. Another option was to give my ticket away to Nathan’s sister Kath (who was interested in attending in my place). Eventually, we decided upon a third option. Nathan would drive down early evening, we would go to the gig and turn around and head back home straight afterwards and Kath would also come along, as tickets were not sold out for the re-arranged date, she could just buy online during the afternoon, a few hours before we departed Woking.

To say we had an eventful drive around London to the season would be an understatement. On any other Sunday evening, I would usually be settling down at home getting ready for another working week, not travelling on a 160-mile round trip to see a band most people have never heard of. Even though their music you may recognize (their biggest hit Swim features in the first few minutes of Pitch Perfect 3). We landed in Southend around 7:15pm and by the time we made it down to the seafront there was already a queue outside the venue, Chinnerys, made up predominately by 14-year-old girls. I suddenly felt very old. We grabbed a bite to eat at the Subway before getting a drink in the bar before finally going into the premier music venue just before 9pm. We had about 40 minutes to wait for the band came on stage.

It has been a while since I had attended a performance such as this, having seen more recently divas in gigantic arenas. One of my favourite songs, Vanilla did not make the final cut for the debut album tracklist but was thankfully part of the set list. There is just something about live music that makes you feel glad to be alive. Don’t get me wrong, I love listening to music on Spotify but having the band on stage and being able to feel every drum beat, guitar riff and piercing vocal note makes the journey all worthwhile. Sometimes you just click with an artist, they arrive at the perfect moment in your own life. I am sure many people have experienced listening to songs and truly believe they could describe them/their current situation precisely. 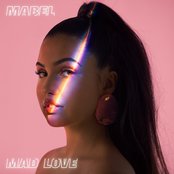 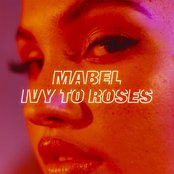 Don't Call Me Up
Mabel
4 hours

All I Do Is Win - Remix
DJ Khaled
4 hours