Obviously I am far too old to be listening to BBC Radio 1, but my dearest wife insists on listening to the public service broadcaster in her car. Perhaps as the DJs are so many years younger than me, I have little in common with them and their discussions but on the drive home this evening, I heard a song which instantly becomes my anthem for the summer.

While most lists of summer songs will traditional veer towards the mainstream pop variety, I prefer to stick within the commercial dance space. In fact most people will agree that at the turn of the 20th century, dance music does make a major impact on the mainstream. Probably because the formula for a hit will always include a catchy chorus and thumping bass line.

While I have been listening to the song almost non stop over the weekend, I stumbled across this article on The Guardian and I suddenly felt glad to be born when I was. A friend of the family – Kevin, (whom just happened to be a History teacher in a previous life), always reminds me that we are always students of our time. Life for teenagers and those in their twenties now is just far too complicated. Technology may have made parts of our lives easier but in many old fashion things like relationships, it has become a barrier. In fact speaking to younger colleagues, they have become major commitment phobes as they believe the next better relationship is just a right swipe away. Why settle when Mr/Mrs Right could be just a few taps away? The real world unfortunately does not resolve around the smartphone. Now I know this is rich coming from me, but is there a need to record every single detail of our lives? At times I try my best to live the experience and record it later, if I find the time (hence the lack of activity on my blog in recent years). Sure young people have better opportunities than I ever did at school and in the workplace but I think they also have the problem of too many options – too much choice can be false economy – it does not necessarily mean you have a choice between quality products or services. Life moves on I suppose and we all have to move with the times.

Back in the year 2000, as a 19 year old heading to Utopia, just outside Reading I would have heard the opening bass line of Love You Better by Anton Powers and immediately reported to the dance floor.

Dark Side of Your Room
All Time Low
2 hours 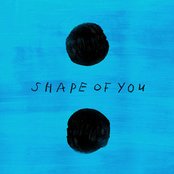 What About Us
The Saturdays
2 hours