It is difficult to describe how I felt when I heard the news late into Monday evening on Five Live. While it was an end of an era in British television broadcasting, it was also the end of a part of my childhood. Some of the youngsters out there may be shocked to discover that multi channel television did not arrive in my household until March 1997. Up to then, most of my early teenage years Top Of The Pops was my only weekly music show. Back then it was on Thursday evenings and it was before the time I became an obsessive fan of Walford. My sisters and I would look forward to the performances, even though it was many years later that I would discover that most of the acts actually just mimed. Although perhaps then there was less appreciation for live music and more about listening to the latest song from your favourite artists. Of course there was then, the official number one single at the end of the show. Knowing this song was the bare minimum requirement while at school but you also had to love it. It went hand in hand with Sunday afternoons tuning into Radio 1 to listen to the Top 40 with Bruno Brooks. Oh, the memories, such sweet memories. Even after 1997, with MTV and a few other channels (analogue satellite remember) TOTP was still the show I turned to on a regular basis. The change to Friday evening was genius because it was the ideal way to start your weekend. Particularly in those early days of college. Over the course of the brief history of my blog (four years can never compare to forty two) I have made reference to the show on numerous occasions. Yet, it was in November 2003 with the hugely anticipated relaunch of the flagship show that I actually dedicated a large proportion of a post to the subject. Overall I was impressed with the attempt to breed new live into the beast, but as we know now it was not to last. The knife into the heart of the show was moving from Friday to Sunday, this was just nonsense. BBC2 7pm on a Sunday afternoon was not really on my television radar. I stopped watching the show, having watched it almost religiously for the past fifteen years. If I was at home and it was on I would take a look but thanks to their web site you could see which acts would perform (and more importantly which of their songs) so I could decide when it was worth tuning in. Shame to see it go. Hopefully the great TOTP2 will continue for some time to come and the BBC will launch a collection of music programmes for the diverse selection of music out there.

I was watching the second phase two game of the World Cup. Everyone expected Argentina to win and go through. Although I doubt they expected Mexico to come out of the traps so fast. In any case, with extra time looming, I went over to Radio Times web site to find out what was on television on later on in the evening. Channel 4 were showing a movie, as they do around 10pm on both Saturday and Sunday over the weekend and this one was perhaps worth watching. Generally speaking I rarely agree with the review on the RT web site but on this occasion a negative comment spurned me onto watching the movie. Down To You is your standard American teen movie affair. Perhaps I watch so many of them to try and relive my college years, hoping I wake up the other side of the water but that is a story for another entry. Freddie Prinze Junior not only has the perfect name for a lead in a movie in this genre, but he also has the striking good looks and charismatic appeal to it pull off. Julia Styles meanwhile, while an accomplished actress would not even get into my top ten list for actresses I would have auditioned for the lead female role. She is just plain, simple and too sweet in my opinion. Yet I was not going to let that get in the way of the film. To my surprise within the first segment, around fifteen minutes, before Channel 4 cut to an advert break, most of the comments from the Radio Times reviewer were ringing true. There were many weaknesses with the story and the execution but I would not then say this was the worse movie I had ever seen. One of many saving graces was Henry Winkle, but he was underused. Zak Orth (only Americans could have a made for Hollywood) is brilliant as support to Prince Junior, at times perhaps too intelligent. Overall, worth watching if not anything amazing to remember afterwards. There are some comic moments and Ashton Kutcher also co-stars, although you will pushed to realised who he is playing in the opening scene. There is also a very familiar looking actress with a minor freshman role, only later for me to discover it was Rosario Dawson whom I saw last year in Sin City. Boy, has she ‘developed’ in the space of five years! Before I get blamed for being extremely slushy, it does have a sincere and ‘real’ romantic storyline but I think the acting and style let the film down. One redeeming aspect is the cracking soundtrack. 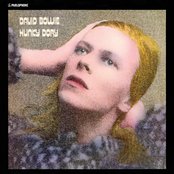