Skip to content
I was getting rather anxious waiting for my sisters to arrive to pick me up. It was nearly 9:34am on Sunday 11th July. I should have left for Heathrow Terminal 3 by now. My Mum and sister Julie were already there with my Dad and probably wondering why they had not checked in just yet. I filled my time by watching music videos on both Sky+ and on demand via XBMC. I thought it would be good to take some photographs of my late grandparents. We have their photos hung up on the living room wall with a garland. My Mum had replaced these with new ones, she was going deposit the old into the Ganges while in India.

Eventually my sisters did arrive, but it took several phone calls from myself and my Dad.. They had my luggage in their car, so it was just a few moments, while Natalie picked up some papers in the house and we were on our way onto the M40 in the sunshine. This was turning into a rush and everything I had not wanted it to be, but I was on my way and grateful. My sisters had just come back that morning from a wedding in London and were rather the worse for a wear for few hours of sleep in a hotel. The festivities had gone late into the night or rather more accurately well into the small hours of the morning. My sister put her foot down in the Golf and we were made up for all the time we had lost with all the delays. We were listening to KISS 100 in the background but more on that in a second. Samantha, gave me some words of warning, just before we got onto the M25. “Make sure you do not get hitched to someone from over there!” I smiled, “Well I might have some news on that a bit later”. There were two big shouts from both my sisters and then the interrogations began but I tried to remain as tight lipped as possible. I would reveal all at the airport and more specifically in the Costa Coffee upstairs in the departures terminal. Then a very familiar tune came on the radio and I put the volume up. This was a moment I wanted to treasure, not just for the fleeting few moments, or just the rest of my holiday but forever. (Hence to write it up in such exaggerated detail on my blog). We all joined in for the chorus, this song has become something of a summer anthem and it was further underlined by three Tegala siblings trying to sing along to the London urban radio station at the top of their voices.

As we pulled into Heathrow, I saw the new Terminal Three building for the first time, my sisters were going to park the car (perhaps even use valet parking) while I grabbed my bags out of the boot, found a trolley and dashed to entrance gate number three. I skated past other holiday makers, rushing to get to Entrance E. My Mum and sister Julie were rather shocked to see me rushing along with my bags packed. What was this? Yes, I explained I was also coming on holiday with them. Their faces, particularly my Mum’s was a picture! If I had a camera, I should have taken a photo then, but the next photo opportunity was not too far away. We checked in, although I had to wait to find my Dad with one half of the paperwork. There was no queue, and we actually were able to get past a few people who were queuing for alternative flights on alternative airlines. (In the wrong place and asking for assistance) My sisters arrived through the door, having parked the Golf to cheers, hugs, smiles and laughter. It was at this point my youngest sister, overcome by joy started crying. My sisters and Mum tried their best to console her, but she was smiling through the tears. This was a moment I had been playing through my head for months. I never knew it was going to pan out like this, with me rushing to the airport and making it just, only just. We headed up the escalator to the Costa Coffee shop. (Those of you familiar with Terminal Three, will know it is to the right as you exit the escalator, we were right at the back of the terminal building). We found some seats and my Dad asked Julie to get the drinks, everyone (bar Natalie) ordering a beverage. I had been waiting for this moment since March (Mother’s Day in fact) and here I was. My sisters already half knew the news, so it was my time to deliver. I explained I had found someone. This someone, is Michelle. I gave some of the details and was interrogated further by my Mum and sisters. My Dad sat quietly in the background enjoying his cappuccino. Before leaving my E65 at home, I blue-toothed across an image of Michelle to my sister Julie’s Blackberry clone, a Samsung Omnia Pro B7330. This would be the image that everyone would be shown in India. It was a photograph taken on Michelle’s Nokia, while at her school sometime in late October. I had sent her roses and a colleague had taken a photograph of her holding the bouquet. I did not have any other images of Michelle on my phone and if I could find an net cafe, I could always show images on Facebook or better still FlickR. It was done! I hugged my Mum and told her how great I felt that the burden had been lifted from my shoulders and to just reinforce the point, I grabbed my Mum by the shoulders and gave her a slight shake! She gave me a warm hug back and I felt much better. There was congratulations all around and words of encouragement from my Dad (sitting in the far corner, diagonally opposite me). My sister then rang Dipesh, put him on speaker phone to let him also know the news. I felt much better and yes I had gone through with it and broken the news. (Michelle had told me the previous night that she didn’t think I would have the guts to go through with it. Well here is the proof, I did!)

Now you know officially so to speak. The “friend” I have been referring to in rather cryptic blog posts since September is Michelle. I may mention her in more detail (with her express permission of course) but for the time being, I had a flight to catch and an adventure to prepare myself for. It had gone midday, and it was time to make our way to security. We said our goodbyes to my sisters, Samantha, Natalie and my Dad, before we joined the queue. Waving goodbye to my family, I thought about the family I would be soon meeting all those miles away on the subcontinent. Nine years down, my time had finally come. 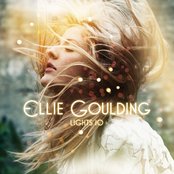 Down in the Jungle
Morphle
22 hours