Skip to content
Back in the gym this evening after a ten day break. The reason for this long absence, is two fold. Firstly I was quite ill last week Monday to Wednesday and then by the time I had recovered, I was off for my weekend away in North Wales. There was little chance of me going to the gym on Sunday afternoon, but considering the result, perhaps a good sweaty workout would have been the better option. It was a great feeling to be back this evening around 5:50pm, by the time I had driven over from Swindon and got changed. It was relatively busy but not too bad for a Wednesday night. The most difficult moment, was bumping into an old school friend at the entrance and starting to have a conversation and leaving it mid-flow. (I will apologise to them later on Facebook.) People say it is a very slippery slope once you miss your first session, you usually add pressure on yourself to make the next session. It can easily become a week missed and before you know, a month has passed. I was keen not to fall into this trap. There was nothing that was going to stop me making it to the Wycombe Sports Centre tonight. How do I feel? Great! I feel fully motivated to get the ball moving again. I thought it would be difficult to get back into the groove, but it was much easier than expected. Ten days afterall, is not actually that long and my general fitness is not that bad (even though I have been putting on a bit of a pot belly in recent months). I find recording my progress is both a good motivator and way of recording both my achievements and progress. I use Daily Burn. The iPhone interface (the iPhone App is only available to Pro subscribers) is rather fiddly to use on my Desire, so I always opt to update my stats on a good old fashioned desktop. I am looking forward to a great full session on Sunday morning. I know most of my peers will be tucked up in their warm beds, but I try to get to the gym early on a Sunday morning to make the most of the equipment. (8:30am is too early for most) Plus, it is good to the be able to concentrate on anything else I need to do for what remains of the weekend, rather than have the task of the “gym session” hang over me like a bad smell. However, I do have a regret to share with you all. Back in May I had the bright spark idea of entering the Swindon Half Marathon with some of my colleagues. While this was initially received with a round of positive responses on e-mail, it did not last. No one, apart from our resident “Iron Man” (regular runner with a local team) was actually bothered. Our super hero had competed in the event previously and only question regarding a relay event earlier in the year had been, “Just tell me how far you want me to run?”. The race was a month ago today and I regret now not taking part – the fact I would not have been ready is not really the point. I feel it would have been the ideal to event to push myself after the challenge of the Bayer 10k. Well hopefully once I am a Swindon resident (sooner than you might think) I can enter some local races and perhaps even join up as the side kick in the running club of my colleague – then again maybe not! 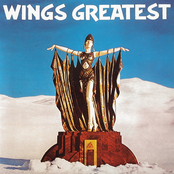 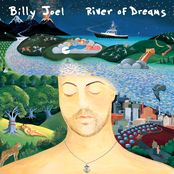