Skip to content
Never before in the history of this web site, have I had such a backlog of entries to post, searching to find the most important events that need to be mentioned. Where to begin? What exactly to say? Take a deep breath with me, as I take you from the dark alleys of Gotham City, back to the residential streets of Carlisle Road, Slough. So, flash back to yesterday. Regular readers of this blog will know my love affair with most super heroes. I suppose, deep down it is this longing to be able to jump out of my mundane 9-5 existence and do something amazing, fantastic and life changing. Some would consider this just because I have a ‘thing’ for dressing up in costumes. (That is just a down right ugly rumour, washing around the dark corners of the net.) I am the first to admit that my life is quite empty and at times I lack purpose. I am a drifter, which is not necessary a bad thing, but it is the complete opposite to a superhero. It is this aspiration to have a goal, a justice to defend, that makes me watch in wonder at the man (or women) on screen in awe. I suppose, as long as there is evil and wrongs taking place in our reality, there will always be a place for super heroes in our fantasies. This was the biggest anticipated film for me, this year. I saw the first film trailer, on my XBox several months ago, and my father and I were amazed at how sinister, edgy and true to the comic book the prequel looked on the screen. This was of course based on a few minutes of a trailer, but it was the atmosphere created that gave everything away. As noted previously, Pav had blown me out when it came to Sin City, so we promised to meet up and watch The Dark Knight. As usual, his busy weekend schedule (and in hindsight, my own) meant that we had to go Thursday night. I did not mind, but straight after work, I came home for a pit stop, change and headed back out down the bypass. Even though I had requested for my sister to take my car, she let me down (as would be a reoccurring event). It was a humid night, as I drove over to Caversham, knowing not exactly where Pav’s new house was. Sure I had seen the photos, but it was twilight by the time I got there and the maps I had printed from Multi Map I had accidentally left on my desk at home. I called and spoke to his sister Div, who competently guided me to the house. This was the first time I’d linked up with my college friend at his house since 2000. More on that story, later. I would highly recommend you go back and watch this movie. It is perfect introduction for the creation of a legend, with the only flaw of perhaps a good story, that is poorly linked together. Personally I would have wanted more time for our hero to be created, to fall and then be built up again, fall again and then dust himself off for the final battle. Instead you watch a great young man flounder into the life of petty crime, only to be saved by extremists, he does not agree with. Christian Bale is inspired as Bruce Wayne and has the stronger screen presence than the previous two incarnations, but needs time to match the quality of Keaton. Keaton was special because he was a relative unknown coming into play a character that was bigger than him and able to give him life. The movie works well, even if some of the most important aspects of the plot are given in flash back. Katie Holmes is perfectly cast as the brave DA, although perhaps the villains lack the same star billing status. Michael Caine does well as Alfred, but I preferred the original, there was a sense of quintessential Englishman about him, that a legend like Caine could never possess. It will be a box office smash, the merchandising will pick up again and five will start screening the original 1960 series. (Didn’t Channel 4 do that in the early 1990s?) Let’s just hope Warner Brothers don’t lose the plot again! I am sure a loyal band of followers, will let them know, in the strongest possible terms if they ever do. 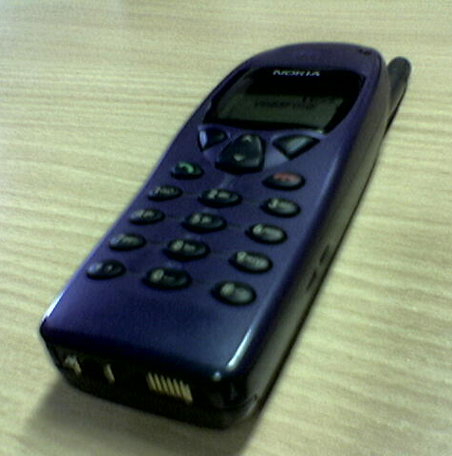 My friendship with Pav actually goes back to 1998, when we both started Henley College. We happened to be in the same A Level Business Studies class and it was from here our friendship began. It was one of those moments, when we just clicked. I can’t really describe what happened. We just share a great appreciate for the same things. We had the same mobile phone, same bank and always got the same things. To this day, we have the same phone (Nokia 6230). This was turning out to be a trip down memory lane. Leaving his room, I noticed a number plate above the door and took a photograph.

This was from the now departed to live graciously in car heaven, Proton. The runaround Pav had when he passed his driving test in July 1999. Perhaps I should say the details of the whole story for another day, but it was the car that took us to see The Phantom Menace. For now, I leave you with the grainy image of all the remains of the car. God Bless it. The nostalgia continued, when I stepped into his family 316 Compact. This was his ‘ride’ at college and I can recall some of the major cruising we used to do. I suppose, what I am trying to say is that I have a deep felt appreciation for my friend, perhaps I want to be him.