I had never heard of the Freecycle online service, although I knew some sort of community based on giving away your old items existed. It was my sister, Samantha that mentioned the website to me back in April. I had just moved into my flat in Slough and had an old TV combi unit to get rid of. Her friend Kirsty had used the site before and been able to kit out a flat in next to no time! I posted on the site and within a few minutes, the item was taken. Great! I have now used the site on many occasions to get rid of items no longer required. It was particularly useful in the summer when my parents were re-decorating their lounge and needed to get rid of an old TV and home cinema system. Gone in seconds! Yes, I know I could have put them on eBay and perhaps made a few quid but it was just not worth the hassle and with any commercial sale, the buyer will always have a recourse to come back to you if anything goes wrong. Do you really need the extra hassle? I did not!

I have had an original XBox since 2003, when my sisters bought me the console as a Christmas present. I believe the console was discontinued a few months later. Do I play video games? No, so why did I request such a console? Well I had heard about the media centre software, XBMC through my dearest friend Hussein. With his expert help in August 2004, I was able to mod my XBox to install the custom media centre. I now had the media player I craved in the lounge, not only to play music video, movies and games but for so much more besides. I could view movie trailers direct from the Apple website. Hussein had provided me with an optical audio output lead, which fed directly into my home cinema system. Movies looked and sounded awesome! Not bad for a CRT based television that was coming up to six years old. The software was constantly being tweaked by a friendly band of users online. A plugin repository was also created to include a number of features such as, Last.fm audio scrobblers, YouTube and weather applications. Remember this is the time before “App Store” became a trademark of the Apple Corporation. With the launch of BBC iPlayer, a plugin was soon made available, which meant you did not have to watch episodes from Albert Square you had missed on the small computer screen but on the biggest screen in the house. I know this may sound rather old school, if you already have a PVR. We did not get Sky+ until 2009, and even though we had Sky, the majority of the television we watched was from the Beeb. Even though Aunty did constantly try to block the service and add in additional security to their streams, someone out in the XBMC Community would put together a new release of the plugin with a workaround. This included a complete rebuild of the XBMC software at one stage but the plugin worked a dream for both radio and television streams. It had started off as a download service of the iPod / iPhone feed, which had to be downloaded before being played. A few months later, an instant stream option was added which worked a treat. The quality being close to broadcast television, not bad on our Sky Broadband pipe of 1.5 meg at the time!

The XBOX was the media centre for my family home and in 2008, I had moved out to my flat in Newbury. At one stage I was considering building my own media centre from an old PC donated by Pav. In the end, I was gifted an old crystal XBox by Pav’s younger brother Rav (he had been given a 360 by his parents for his birthday in March 2009). It was late March when I finally had the time to set it up and install the latest version of XBMC. This device had already been modded with a custom dashboard. Two days later I was downloading and watching a music video by Keri Hilson.

With the advent of high definition services, the place for the XBOX was limited. It could show limited 720p video and to date there were only one HD video I had watched on the device. The first high definition video I ever saw (would not actually play on the device) All Night Long by Alexandra Burke and featuring Pitbull. Unfortunately the music video in question is Knockout by Lil Wayne featuring Nicki Minaj. Hardly outstanding contributions to the art of music videos and perhaps a poor reflection on my music video collection, which is close to the one thousand mark. (For reference the majority of music videos I download now are in HD, with only older archive or live performances in standard definition). As time went by fewer videos would play on the device which is a shame because up to that point in time, the software was extremely versatile and would download any codecs it did not have stored locally from the web.

When I moved back in wtih my parents in October 2009, I had two XBoxes and decided to gift one away to my dear friend Sippy. I met up with him for the first time since I had left Uni in 2004, some six years ago! I do hope he appreciated the gift. I had driven all the way up to Birmingham to deliver by hand myself. I wonder if he is still using it? I know he had an older XBox but was that on it’s way out?

My parents now have a 50″ HD plasma TV and the XBox is surplus to their requirements. I brought it back to Slough yesterday afternoon, on my return from seeing Mission Impossible with my Dad. I then spend today clearing the personal photographs and video before giving the device away on Freecycle. I did have to make it clear this was the original XBox from 2001, not a 360! (Who in their right minds would give a working one of those away?). It went to a good home in Slough, to a younger brother who was trying to get a game on his older brother’s 360! Just a shame I could not find the original DVD remote and will have to list that separately on Freecycle another time! It was emotionally moment for me, giving the device away. I know it has gone on to an extended life with another family but for the past seven years it had served my family extremely well. Every dog has his day and the time has come to move on. I suppose this gives me a chance to appreciate my new media centre (the Humax HDR-Fox-T2) but also plan the media centre for my family in the near future. Subscription satellite will have to go! 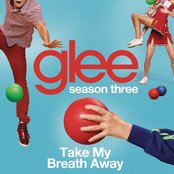 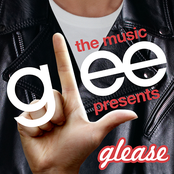