Pav truly proved his superhero credentials on Monday afternoon. We spent over six hours polishing, waxing and cleaning my car. We had planned this for ages but never got around to the job. Last time around, after his now infamous barbeque, it rained quite heavily and we just did not have enough time to clean the car. We had arranged to meet up at his place at 12pm. As usual I was late. I got up late. I got ready, drove to ASDA to check the tyre pressures, then into and west of town to Halfords before heading to Caversham via Marlow and Henley to avoid all the roadworks on Handy Cross. I got to Pav’s house nearly 1pm. I had not got my car washed, even though I considered when I got up to get it jet washed locally, having run out time I decided to see my friend take his recommendation. The weather had turned and there was light rain. We made an executive decision. We were going to head over to Swallowfield and use a friend’s garage to do the polish. That way, we would be undisturbed by the elements. However, there was another factor we did not consider. It was the Reading festival weekend and it had just ended so the roads in and around the town were grid locked. We made it over onto the A33, the other side of Reading heading towards Basingstoke and the A33. Pav pulled over in his M-reg dark blue Rover on the dual carriageway and tried to ring me. It was 13:24. I dashed into the inside lane and luckily he spotted me and followed me, past his work place. The impressive glass building just after the Majeski complex. We were at junction 11 of the M4. Not long to go, but Pav, as usual took the shortcut, when I usually would have gone down the bypass and back around on myself (thanks to the wonderful directions from Multi Map.). I threw my car around the roundabout and followed Pav to the farm. Parking up, we discovered the garage was locked up, so we rang Nige to find out where he was. He wasn’t far away, so with thirty minutes to spare the sun still out, we started washing the car down and giving the filthy alloys a good clean. About twenty minutes later, Nige arrived and pulled out the old M3 they had been working on (it was there on my last visit on Friday 3rd March) but it was completely undrivable then, from all counts. We now had the space to work, so it was a case of getting the car cleaned and try before moving it into the workshop. I did little to help if I am honest. Pav did the hard work. I just helped here and there. Masking up the trim and pointing out yet another chip that needed a light coating of touch up paint.

I am hoping Pav gets some business matches made. Business matches? Teg, are you insane? Of course, you can only have matches with Pav’s Auto Detailing, just like our old nemesis Biff from the Back To The Future Trilogy. Biff had his own business waxing cars at the end of the first movie. The thing is, Tom F. Wilson, whom played the character so well, went over a transformation over the trilogy. The true question is, which is, “McFly, who is your favourite member of the Tannen clan?” But don’t worry I made sure Pav gave my car two coats of wax. I was there to make sure they were done 🙂

All the bottles of various gels, creams and lotions were marked with : For Professional Use Only. Did Pav know what he was doing? Of course he did. But this was the second donar car he was working on and also the first major scratch repair job he was attempting. Even so, I had great friend clearing his bank holiday weekend to work on my ride. I owe him more than just the nominal fee for the waxing (plus parts) he could have been out partying with his friends. Rather than go into detail trying to describe the process I will make this entry rather brief (for a change) I will thank Mr. K for all his time and effort. Six hours straight working with no tea break (as you would expect from most Asian workers) was by no means easy but I could see the determined glint in his eye to get the job to concourse standard. I can say quite confidently that he has rolled the years back on the car and it looks showroom ready. Do not agree? Judge for yourself. 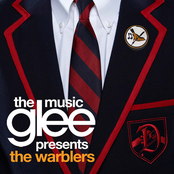