Skip to content
Which is your favourite instant messenger? I started off with ICQ in the late 90s, building up a contact list of two hundred people, around the world. Then, I gave Yahoo! Messenger a go. Early versions were rather basic and slow, but it slowly improved. Then in 1999, when I created my Hotmail account, I discovered, MSN Messenger and I was converted forever. Originally with the Hotmail account, andrewtegala@hotmail.com, I forgot my password and rarely used the account. It was one idle Friday afternoon, while in college, I setup a new address. Most of the time I am online, MSN is running. Even at work, I have it on in the background. On Monday, I was answering phones most of the morning, but then had to leave my desk for an urgent install. Minutes later, I remembered that I had left my PC unlocked and MSN clearly running. What if someone, in their lunch hour had decided to have a quick chat. I returned to my desk, to find an instant message conversation window, open. It was Sippy. He had decided to say, “Hi”, with a few minutes spare on his lunch break. I did not even have the opportunity to give me a response, I had to rush on. I had loads of jobs on, and my lunch hour had slipped away, into 2pm. Not to worry. Plenty of the week remaining for these knots of trouble to untie themselves. My friend, Nav recommended the program, MSN Messenger Plus. Downloading it in November 2003, I have never looked back, until now. When you discover how much you cannot operate without the utility. Mainly because people have this unfounded desire to give label themselves with a catchphrase or tag line, because their real name is so boring. I, of course, would never fall to such low standards! 😉

My views on cinema, are quite well know and well published on this blog. I never obtain movies from anything but legal means. Watching a film at the cinema, buying or renting the DVD or even catching a showing on Sky Movies is much better than going down, the download route. I describe myself, as the average ‘joe’ cinema goer (poor attempt at rhyming, I admit!) Catching only the major blockbusters at the big multiplexes, preferring to watch the majority of my films from the comfort of my own home. I like action, adventure, science fiction, comedy and even some more family orientated pictures. This was the second time I was going to the ‘revamped’ FilmWorks. The Matrix sequel, had been my first time there in April 2003. If first impressions are everything, then this was a non-starter. The tickets at the UCI 6 screen complex, and cinemas in general have gone through a slow evolution. First was the dot matrix, a overthrow from the 1980s, printed out on paper, (which still had the perforated edges for the printer). Then the small thin card squares, with the even deep set printing. Now? Now, a pathetic excuse for paper, which is more closely described as tracing paper you used to use in primary school, with tickets measuring 6cm by 4cm. What has the world come to? Glad I do not make it a regular habit to go the UCI brand of cinema. Vue shall always have my future business. There is nothing greater than the birth of a hero, than his return. I need to clarify this. I strongly believe no hero is ever born. They are made. Built by the environment and the potential nemesis that lies in wait. I love heroes. Reluctant heroes are the best for the silver screen. We share with them their desire to balance a normal life, yet always depend upon them to save the day, and come to our rescue. (We don’t want much, do we?!) As much I have enjoyed the Superman movies and Christopher Reeve’s portray of the Man of Steel. Something was missing. I like my heroes to have that human element, that vulnerability which is why heroes such as The Shadow and The Phantom appeal to me. Spiderman is in that very category. His gift is also his weakness. We could get into a deep discussion about heroes and villains, benevolent versus malevolent but I will leave that for another day. The movie is fantastic and I cannot recommend highly enough for you to go down your local multiplex to watch it. Action scenes play out like intimate ballet, the direction is yet again breathtaking and the vision of Sam Raimi to take Stan Lee’s comic book creation to the big screen is unparalleled. Did you spot the creator’s cameo? It was very brief, and if you weren’t paying attention you would have missed it, in the blink of an eye. The great thing about a movie such as this is as you leave the cinema, to head home. You are overcome, by an warmth inside. This so called, ‘feel good feeling’, is letting you know. Yes, our heroes will always conquer the villains. Good will always triumph over evil, and maybe, just maybe the hero shall never have to question his existence, his place again. We begin, only now to learn that true meaning of Uncle Ben’s solemn word’s, “With great power, comes great responsibility”. We cannot deny one, without the other. 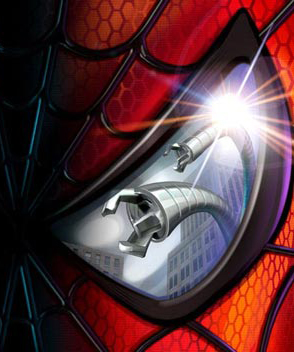 Come and Get Your Love - Single Version
Redbone
4 days

Everybody Wants to Rule the World
Tears for Fears
4 days