I had an ultimate objective. To have Windows reinstalled on my machine, fully working, with internet access (MSN etc) and be in a position to watch Torchwood. I started much later than I had anticipated on Sunday afternoon last weekend, using nLite to create a deployed Windows XP SP2 installation CD. I had searched around online and found a web site that had all the Windows updates since SP2 was released in a single download ready for integrating into my deployed CD. Magic. I missed a few steps in the configuration for nLite which meant my install was only partially unattended. However, I must say that whole process worked like a dream. The longest process was formatting my C drive with a full format. I used this time wisely by going for a quick power nap. Having the ability to tune and fully customise my installation of Windows XP, I was able to remove 100mb worth of needles drivers and programs. Fantastic. By 7.30pm I had Windows back up and running and then by 9pm, everything was running and the majority of my software had been installed. The main thing was my digital television card was up and running so I could tune into BBC3 for my weekly dose of Captain Jack and the rest of the gang. I was even able to fit in burning a auto play CD for work, so was glad to accomplish everything I needed to on my machine within the space of a few hours. It was also refreshing to know that in less than a week I had got my machine back to normal, having spent four to five days working on a test account. I have learnt my lesson do not worry. Do not let anyone tell you that no good comes out of bad. A quick round up on other issues (a bit like the section on the news bulletin when they say, “in other news…”). Although it has not been great being an Arsenal fan over the past few weekends and particularly last night, I received my official membership pack for the season on Monday evening. Good timing, I went to the Hamburg game on Tuesday night. In yet another one of my firsts for 2006, this was my first official Champions League game and I had a great time. I could go into the major details but just do not have the time. You will by now, now the score and how le Boss praised the boys for a great comeback. When the visitors scored I thought, here we go again. The feeling was further cemented when Hleb hit the bar and Van Persie hit the post. Was it going to be yet another one of those European nights of missed opportunity? It was for part of the first half but in the second half Arsenal turned around the game. Walcott’s introduction was the catalyst for both the winning goals to put the tie beyond the Germans. The best atmosphere at the new stadium surpassing my four previous visits, particularly in the second half when the crowd got behind the Gooners.

In the post last week, I finally received the invoice for my archive supplies which had been delivered to work on Tuesday 7th, earlier this month. To my surprise the name on the invoice was incorrect, well technically no. It was just the Spanish version of my first name. Proof as if it was ever needed that my surname does give the impression of Hispanic ancestry. My cousin, Susan, many years ago researched the surname and discovered it originated from Portugal. Maybe one day, I will try and dig that bit deeper. 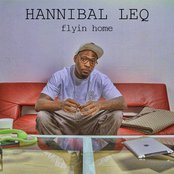 Take On Me
Pentatonix
33 mins 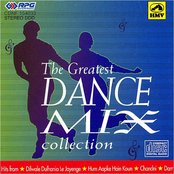 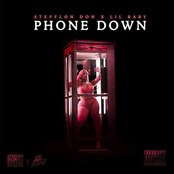 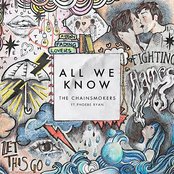 All We Know (feat. Phoebe Ryan)
The Chainsmokers
56 mins