As a new month starts, I look back as recently as the night before and discover things that touch my heart in ways, I thought they never would. I was never a big fan of the Manchester boy-band, Take That during the early to mid 90s. However, on VH1, yesterday evening, just before the 8pm showing of Eastenders, I saw a glimpse of an ever memorable music video. When the trumpets and great orchestra instrumental began, I knew, this was one of my favourite songs. As the song continued, “We’ve Gone so far, and we’ve reached so high and we’ve looked each day and night in the eye, and we’re still so young and we hope for more…” The song took be back to July, 1995. I was on a coach driving back to High Wycombe from Wolverhampton, it was nearly 7pm and the coach driver was playing the Top 40 countdown, I can’t recall if it was the BBC Radio One official countdown or the commercial version. However, that is not important. Other songs in the top ten that Sunday evening were, Seal – “Kiss From The Rose” and U2 – “Thrill Me, Kiss Me, Kill Me” (indeed it was the summer of Batman’s third silver screen appearance, Batman Forever starring Val Kilmer, in his lone outing as the caped crusader) If my memory serves me correctly, it was Sunday 30th July. (Don’t hold me to that though! I can’t afford any law suits at this time!) Take That had reached number one with their last single as a group, and they of course wanted to leave the pop music circle, in style. The single was called, “Never Forget”, and indeed we never do forget, its just a shame that at times we are very selective with memories. Some we allow to freely resurface, others remain forever at the depths of our ocean’s mind.

You may ask, for the reason I was on a coach travelling back from the East Midlands to the place I call home? It was my cousin, Tony’s wedding day. Looking back it was a day full of joy and happiness for two families joined in unison to celebrate the union of their young children. That was eight years ago, this coming summer. Eight years, an indescribable amount of time, in the lives of us mere mortals. And being mere mortals does have its disadvantages. At times, we all feel that we are invincible, but the hard truth to bear is that we are all far from indestructible. God Bless Tony! May he forever rest in peace and harmony…

Dance Floor Covering – the recent trend to take classic tracks from the 70s, 80s and even early 90s and add a modern dance beat. I, vividly picture some record label suit saying the eternal line: “Don’t worry, the kids will buy it…”
Covers – 2002 saw the most number of unoriginal material entering the UK Top 40, in its 50 year history. This would be a large 10 disc compilation! That’s one way to fill up my now semi-redundant CD-changer! 🙂
Samples – this has been happening for a very long time now, and it would be interesting to discover what great tunes have been sampled by other dance artists. Michael Jackson would be right up there with the best of them! 🙂

I do not have any other ideas, so if anyone out there has any other good ideas for possible album material, please e-mail me. For reference, you can check my Audio page for a detail listing of my current collection. However please note, as soon as this page is updated, it is out of date, as I am continuously updating, sorting and re-sampling my collection of over 2200 songs!

Eastenders had one of the most moving final scenes, I have seen for several months if not years. We have become accustomed to the soap opera concluding on a knife’s edge, with us eagerly anticipating the next installment. However, I think a change of direction was very much needed and the writers, producers and more importantly the directors delivered the goods… I think they realised that, we all do indeed enjoy 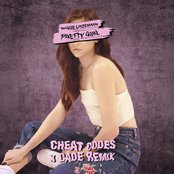