I cannot tell you how glad I am, Friday is finally here. For the first time in several months, perhaps even years I am not in the mood to update this blog but I will because surprisingly I have plenty to get off my chest. The week started with so much promise, so much optimism. Now on Friday evening, I feel deflated, empty and cold. Proof that five days is a long time, even in my relatively lackluster life. I suppose I should not fret, it will all come out in the wash. Can’t beat myself up about it all weekend.

I had to visit a client on Thursday morning, so was on the M25 heading clockwise around North London. The matrix signs warned of delays at Junction 25 and queues from Junction 23. The later is where the London Orbital joins the A1(M). Queues were backed up for over a mile but I was able to bypass them all from the fast lane. As I went past the exit slip road to my left, I changed into the middle lane. Traffic was at a standstill and I had missed my chance to escape. I had no idea how long I would be stuck on here for. My colleague rang me, the meeting had been put back to 2pm and my attendance cancelled. I was gutted. The traffic was not moving. I switched off my engine. I had been listened to an mp3 CD for the past hour or so, so decided to attempt to tune into the radio. I caught the trail end of Terry Wogan on BBC Radio 2. What I really wanted to listen to was the traffic report. After a few songs, I switched over to five live. The traffic report was on but I missed the opening segment relating to the M25. After the report, Derbyshire switched back to debate, so I switched back to Radio 2 and then eventually CD. By now people were setting out of their cars to take a look at what the trouble up ahead was. Truckers, securing their lorries, the white van man to my left had fallen asleep at the wheel. I was stuck here for an hour but during the time, finally listened to a news report that Italian tenor Pavarotti had passed away. As if a Hollywood director was producing this morning masterpiece, this is how the my day unfolded. Requests had been flooding into Five Live for Nessun Dorma. They were also asking for people’s memories of the summer of 1990 and more specifically Italia 90. Almost as inspiration, the song came on as the traffic started moving and I took the first exit at Potter’s Bar to get off the motorway turn around and head back down the anticlockwise carriageway. The song came to it’s climax as I joined picked up speed on the M25. Perfect.

I thought back those seventeen years ago, I was eight during that summer. I remember it in glimpses. I remember Coca Cola doing a promotion and offering these mini footballs if you collected so many ring pulls from their cans. I don’t think I got my hands on one but my neighbour had one. I remember kicking it around on the driveway. As for the football, I was not really interested. My love of football would not come around until the next World Cup. I watched some of the matches, particularly Argentina. I watched the England match but was not really that interested or patriotic, I could only name a few of the players. Looking back I regret not paying more attention.

A bumper weekend of sport. With ODI cricket, rugby and international football, what more could a sports fan ask for? I think I will be spending most of the day in front of the television. My friend Charlie thinks I should watch a real ‘man’s’ sport and recommended the All Blacks match tomorrow mid morning. I will give it a go, considering the last rugby match I watched was back in November 2003. (The day before my birthday in fact!) 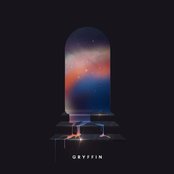 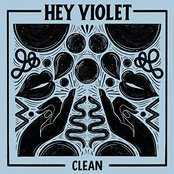