Skip to content
Another new England era started on Wednesday night with a convincing performance against Greece at Old Trafford. I have been here many times before. In the past decade I have see the debut game for the following England managers. Hoddle, Keegan, Eriksson and now McClaren. I have always seen England give an improved run out, under the watchful eye of the new gaffer. Although perhaps in the past the manager taking over has very much been a continuation of the previous regime. While you could say that Steve is literally a continuation, you can see by his squad selection and tactics that he wants a more attacking and less limp national side with a greater emphasis on pushing the ball into the danger area, rather than a possession game. I love watching England, so much so I have become a member of the official FA fan club, englandfans (you would have seen it advertised heavily on electronic banners at the Theatre of Dreams). Although I have never been to any England game I look forward to one day watching my national side in a competitive international. Back to the friendly, overall positive, although you have to consider the mediocre opposition. Yet again, in the second half, considering the changes, England were on the back foot. While the cushion of a four goal lead may have meant nothing but a consolation for the European Champions, I feel that against world class opposition, the frailties will be brought for all to see. One thing I completely detested about Sven was his strategy to score the goal and then defend for seventy minutes. I prefer to watch flowing attacking football, with England punishing teams but overall defending well. Rather than defending for our lives as we have done in the tournaments past, we need to play with confidence. So what if we go a goal down, we must have the mentality that we will score two more. Early leads have never helped England. Just check the history books. Ultimately I am looking forward to the next round of qualifying, even if it is only the European Championships that lie at the end of the road. For some reason, they can never stir the passion in me as much as the World Cup. Suppose they will have to do, we need something to fill the gap in the lonely summer for the next four years. It was also great to see Theo Walcott in action for the Under 21s and scoring a goal within three minutes, the youngest ever player at this level to do so. While he might need to work on the celebration for next week, you can clearly see the potential in the young lad. Enough of the hype, let the kid play some football, develop, grow and ultimately become a great player for club and country. Seriously considering a move over to Sky Broadband but concerned of any days with no service. An internet junkie as myself would feel suffocated without the broadband pipe for anything more than a few hours. I have registered interest on James Murdoch’s beautiful site and received a confirmation e-mail that broadband is available in my area (tell me something I do not know). It is very difficult for Wanadoo , I mean Orange to compete with free. Saving £17.99 a month which could go towards my car fuel bill. I was bored one evening and reading up the last news on Digg and discovered a link to this article so carried out a speed test on my current broadband connection. Currently set at 1mb, but the move to Sky would see me upgraded to 2mb (something that I could have done on Wanadoo sometime I go, but never bothered with). Seriously need to review my recent expenditure and look and where other potential savings could be made.

So glad the weekend is finally here, been a busy week. Even though I am not doing anything exciting, it is nice to have unscheduled time to do whatever I want. Looking back, generally the opening weekend d of the Premiership season I spent at home. I recall years ago, working on Saturday mornings to return home around 2.30pm, lying on the sofa and switching on Gillette Sports Saturday to watch full coverage of the afternoon’s games. Now, eight years on, my weekends are mine but being older (and wiser?) I also have the option (occasionally, subject to availability) to go and watch the game live. Plus there is of course the beauty of going into town to watch it at a public house on a big screen. I remember the opening weekend last year, I watched four back to back matches on Sky, had pizza on Saturday night, plus watched a DVD. I expect much the same over the next forty-eight hours. For once, nothing to preview, nothing to build up to. Just a quiet weekend staying in following my team. Sometimes it is great to just switch off from the rest of the world and do what you want, even if only for a weekend. Whatever you get up to, have a good one! 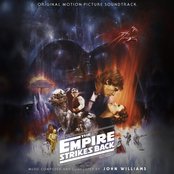 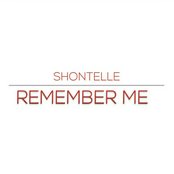 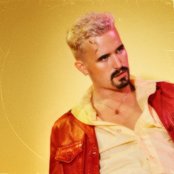 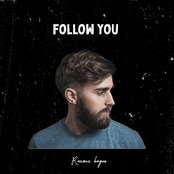 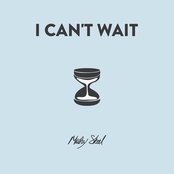 By My Side
Loris Cimino
2 hours

Keeps Me Up All Night
Bryan Moore
2 hours 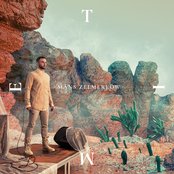 On My Way
Måns Zelmerlöw
2 hours

Keeps Me Up All Night
Bryan Moore
2 hours