Michelle’s friend Ali was appearing in a London pantomime, so she eagerly booked tickets for us, mainly based on the fact the story was written by former One Show presenter Hardeep Singh Kohli. I had quite low expectations of Bollywood Cinderella after reading the blurb on the Tara Arts website. However, I liked the idea of finally going to a pantomine at Christmas. Even if it was a rather low key event in South East London rather than the de facto West End. Our tickets were for Thursday evening even though we thought we had booked for Wednesday afternoon. No afternoon matinee on Wednesday we were quickly informed by Ali.

I tend to avoid reviews, particularly for movies I am all to eager to see (think Mission:Impossible – Ghost Protocol everybody). However my dearest wife did read out a few comments from a professional review and I have just found am amateur blog review. Overall the reviews were very positive and I was looking forward to the production but not expecting too much for a theatre (can you even class it as such) with a maximum capacity of seventy. Warm and cosy was how I expected to feel watching the show but I suppose there was an intimacy that I would never have got at the Apollo Victoria while watching Wicked last month.

On Thursday morning we headed off into London early (well earlier than we needed to for a 3pm show.) Michelle wanted to stop by at a bureau du change to exchange some Australian dollars. We caught the train from Slough to Paddington and then the tube to Victoria. When we caught the Jubilee line train to Waterloo, Michelle noticed a smart looking Asian gentleman in a beige woollen overcoat. It was the actor from the British satire Four Lions. You may know Kayvan Novak better as The Fonejacker. (Interestingly I share my birthday with British Iranian award winning comedian, he is a mere three years older than me!) We spotted him a little later at Marks & Spencers Food Outlet on the main concourse about twenty minutes later. Even after he had made a prisk exit from the tube station earlier (climbing up on the left hand side of all the escalators).

As we walked down the steps at Earlsfield station, I noticed the bright pink bill poster for the show pointing to the right. I expected the theatre to be further down the road but it was in fact directly opposite the exit. However Tara Arts was closed, we had to a thirty minute wait. We headed to The Wandle for a quick drink before the show.

As I posted soon after the show on Facebook the reality of the size of the arts centre hit home, when the performers entered the venue using the same door as the audience. We took a seat in the back row in the far right hand corner, with the young children and parents taking some of the cushion seats in the front row. The show started as you would expect with a song!

I enjoyed the show, it was much better than expected. You also need to appreciate that I am not in the target audience of families with young children, perhaps attending their first ever pantomime. (We will assume that this was not my first time). Some great performances, exceptional singing by Tanya Wells. It should be well noted she is the understudy performing only from the 21st to the end of the run on Christmas Eve. Ali of course stood out in his duel role of ugly sister Happy Lucky and Okra but I need to also give a mention to Simon Norbury as Auntji Shanti. For a non-native speaker, his command of various Hindi words was outstanding (even if the majority were put downs). Not a bad way to spend a Christmas afternoon in London. Entertaining and in places very funny but perhaps you need to get some of the Bollywood theme jokes. After the show at 5pm, we ended back to The Wandel to grab some food with Ali and present him with some cards and flowers. Well deserved!

Where She At
Aamir
1 day 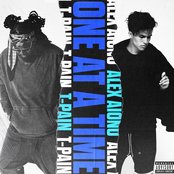 One At A Time (with T-Pain)
Alex Aiono
1 day

Take It All
Dj Overule
1 day

Knock You Down
Keri Hilson
1 day Stop Thinking About You
Betty Who
1 day 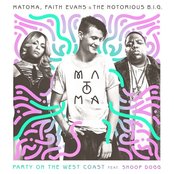